Despite a rise in demand for other streaming services, Quibi never found an audience and struggled from launch. For Hollywood-quality experiences, its subscriptions to the app cost only $4.99 per month with ads, and $7.99 without, and still consumers didn't want to spend time or money on.
By | 10 mind read
on November 4, 2020

Quibi, the mobile-first streaming service to specialize in original shows with short five to 10-minute-long episodes, is shutting down its business operations and selling its assets little more than 6 months after launching, according to a statement released by the company.

It was an abrupt ending for a company founded by big names in entertainment and business worlds and seemed poised, at one point, to reinvent the streaming TV game.

“Quibi was founded to create the next generation of storytelling,” founder and board Chairman Jeffrey Katzenberg said in the statement. “The world has changed dramatically since Quibi launched and our standalone business model is no longer viable.”

“While we have enough capital to continue operating for a significant period of time, we made the difficult decision to wind down the business, return cash to our shareholders and say goodbye to our talented colleagues with grace,” Whitman added in the statement.

What Is a Short-Form Video, Is It the New Future?

Video consumption habits among consumers have undergone a radical and permanent shift. The short-form video specifically, a trend that has been brewing with Millennials and Gen Z for nearly a decade, is having a moment and is expected to be the only trend in upcoming decades. According to Deloitte Digital, the proportion of US consumers who watch short-form video (5 minutes or less) grew to 74% in 2018, with 84% of GenZ and 81% of Millennials watching this content. Deloitte found that nearly 40% of Americans spend more than one hour per week watching short-form video clips on social media.

Definitions for short-form, mid-form and long-form video have always been loose. But in general, short form is defined as anything less than the traditional 22 minutes that a half-hour linear TV show comprises.

The Two Bosses Netflix and Amazon Are Also Mining This Platform?

Netflix, for instance, announced that it will air a new documentary series from BuzzFeed News called “Follow This,” which will follow BuzzFeed News journalists as they report interesting stories. The show spans 20 episodes, with each episode running for roughly 15 minutes. Amazon, too, is venturing into short-form video. Last fall, it commissioned three original digital shorts from Funny Or Die through its Prime Video Direct program, which allows video creators of all types — including those that specialize in short form — to upload videos to the Prime platform.

Netflix has historically been tight-lipped about viewership data for its programming. Recently, the company revealed that close to 25 percent of streaming globally happens over mobile networks, and in some international markets such as Finland, mobile consumption can account for 75 percent of total streaming at parts of the day. Netflix also offers offline viewing, which allows users to download movies and TV shows to watch when they don’t have access to Wi-Fi.

In this context, it makes sense that Netflix would consider programming for smaller screens. It even introduced a new feature within its mobile app that allows users to screen 30-second movie and TV show trailers in a vertical video format.

“For the subscription video streaming giants, short-form content has historically been a low priority because mobile was a low priority. Yes, consumers watched Netflix shows on mobile devices, but that was only a small fraction of the audience,” said Peter Csathy, founder of media advisory firm Creatv Media. “But mobile has always been the next great frontier for the giants, and it also presents an opportunity for them to accelerate growth amidst frenetic competition, while also expanding to younger audiences that are accustomed to watching short-form video on their phones.”

Despite the fact that top streaming platforms are interested in shorter formats, but it’s unclear how much value the big streaming giants are placing on short form, especially relative to the amount of money they continue to spend on big-budget TV shows and movies. Said Perrin Chiles, co-founder of Adaptive Studios “The reason they’re testing the premium short-form format is that they’re still looking at a premium level of storytelling, but at a lot more affordable price.”

Quibi Story: The Modest Life Span- As Short as Its Videos

Seeing the potential in this business Jeffrey Katzenberg as a Hollywood legend who revitalized Disney and co-founded DreamWorks with the help of meg Whitman- a boldface name in her own right: she led eBay and Hewlett Packard, has found Quibi a first-of-its-kind short form video streaming service. However, it was a big risk that he had miscalculated since there is a market, but audience has not yet willing to pay. Apparently, “the idea itself wasn’t strong enough to justify a standalone streaming service.”- said Quibi’s founder. After all, what lesson we learned?

The Fact That It Is a Questionable Model

Quibi’s CES 2020 debut came with buzz, but what seemed new and exciting was a bad match for how life was about to change in the coronavirus age.

The competition was already massive. “Plenty of money was spent advertising it, and advertising the big names on it, but even during the pandemic when people were stuck in their homes with nothing to do but stream movies and TV shows, they weren’t interested in a new platform that offered new content when they were already paying for Netflix, Disney Plus, Hulu and Amazon Prime,” said Andrew Selepak, a lecturer in the department of telecommunications at the University of Florida.

Then there were underlying assumptions about how people would use Quibi: only on smartphones, and only in short bursts of a few minutes. The ability to watch video with a smartphone in either portrait or landscape mode had its own fanfare, but that’s a technical feature, not a compelling benefit.

“There’s almost this idea that you’re going to be consuming it in public because you have a short amount of time to consume content,” Selepak said. But there was little commuting on mass transit, and few workers still had office lunch breaks. People had time to watch longer programs without waiting for ad-laden clips to downloads.

And Quibi charged money for all this. It had to deliver something people were willing to pay for after the expiration of a free trial subscription that was too short to create any viewing habits.

Quibi produced more than 100 original series, along with offerings like news from NBC and CBS, and sports programming from ESPN. Marquee names like Steven Spielberg, Sam Raimi, Antoine Fuqua, Jennifer Lopez and Chrissy Teigen were involved. But it struggled to attract subscribers from the start and those who did tune in groused that Quibi wasn’t giving them what they wanted. Consumers complained that the programming couldn’t be watched on television sets (something that became more important with people stuck at home) and they criticized the app’s inability to allow them to share content on social media, a feature that could have helped generate word-of-mouth excitement.

Quibi is also embroiled in a lawsuit with Eko, a tech company that accused Quibi of misappropriating trade secrets and infringing on a patent for the technology that allows viewers to shift seamlessly between horizontal and vertical viewing on a phone. The activist hedge fund Elliott Management has committed to funding the lawsuit.

“The content business in many respects is a hits-based business,” CEO Bill Demas said. The big winners either have a backlog of their own content, like Disney, or, like Netflix and Amazon, have brought on existing popular shows and poured billions into their own content. Nothing from Quibi ever caught the eye of the public that way.

One major challenge in trying to orchestrate a sale was the fact that Quibi doesn’t own any of its content. In an attempt to lure the brightest lights in Hollywood, Quibi offered each of its partners sweetheart deals where Quibi would pay both to produce the content and then to license the programming for an exclusive two-year period. After that two-year term ended, Quibi would still be able to show the programming on its app, but the content creator would be allowed to stitch together the short episodes into a television show or a film and resell it to another buyer.

“Katzenberg created something that was beneficial to content creators,” said Michael Goodman, an analyst with Strategy Analytics. “But when push came to shove, the market spoke that chunking up premium content is not what consumers want. They like short-form video: news clips, sports clips, beauty. There is a market for that. It’s just not a premium market. It’s not a new lesson but a lesson that has to be continually taught over and over again.”

It’s a breath of fresh air for an industry where multiple players have come in, hoping to create a platform for premium short-form programming, only to find no audience interest in such a product. With people at the top like entertainment pioneer and vet Jeffrey Katzenberg and corporate executive Meg Whitman, and backed by $1.75 billion in investment money- still Quibi is falling apart. After all, is it because of this weak platform or the founders have not made most of it? Will there be the next big man to mine this out? 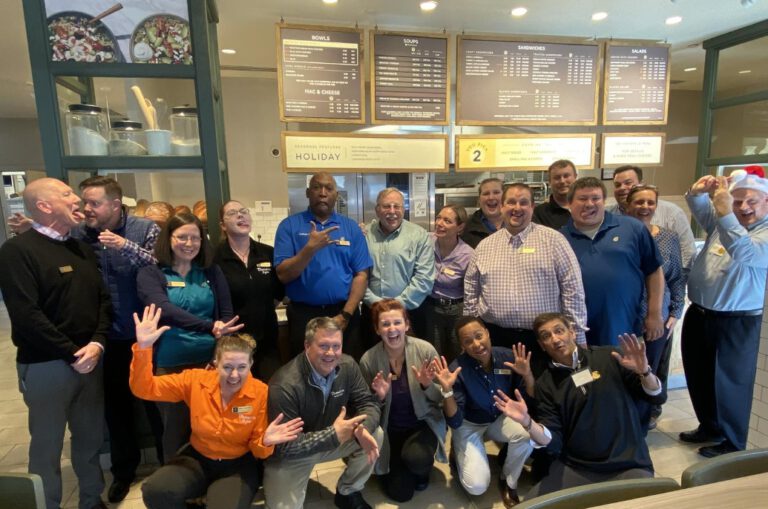 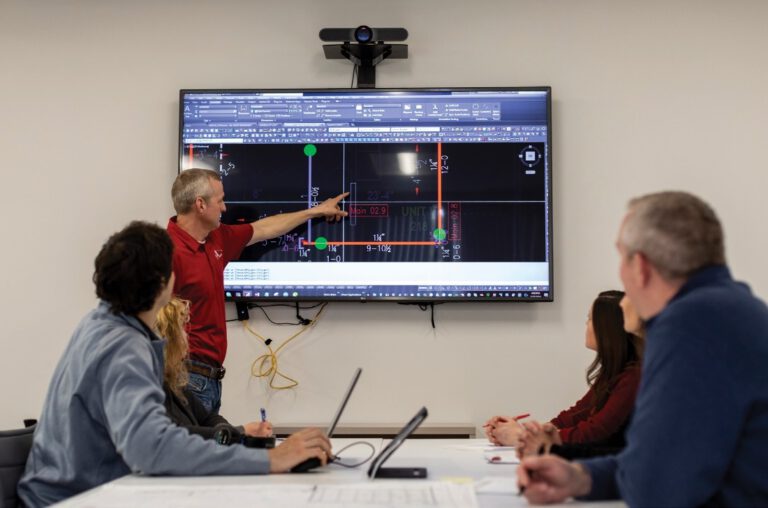 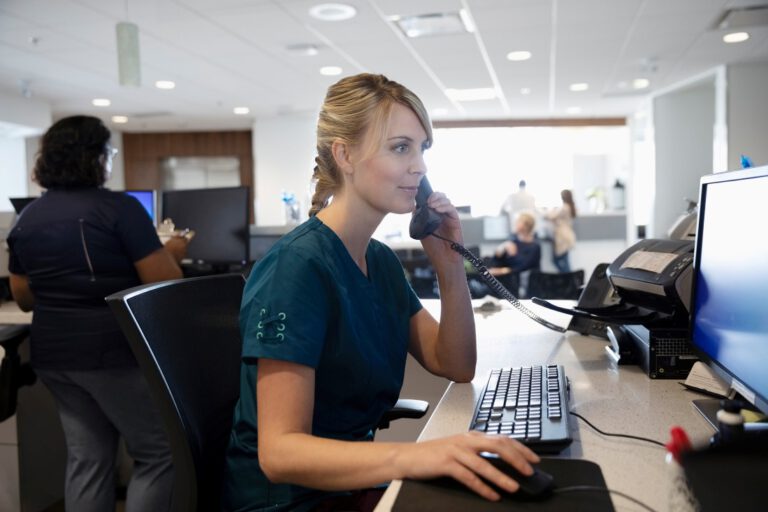 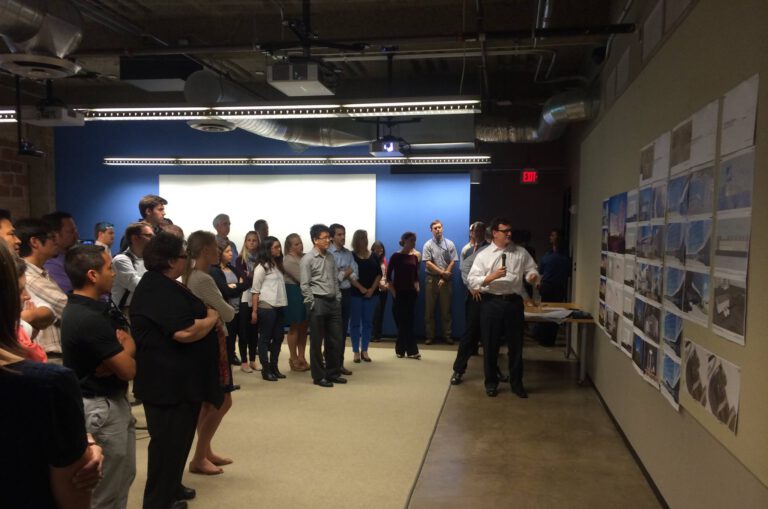 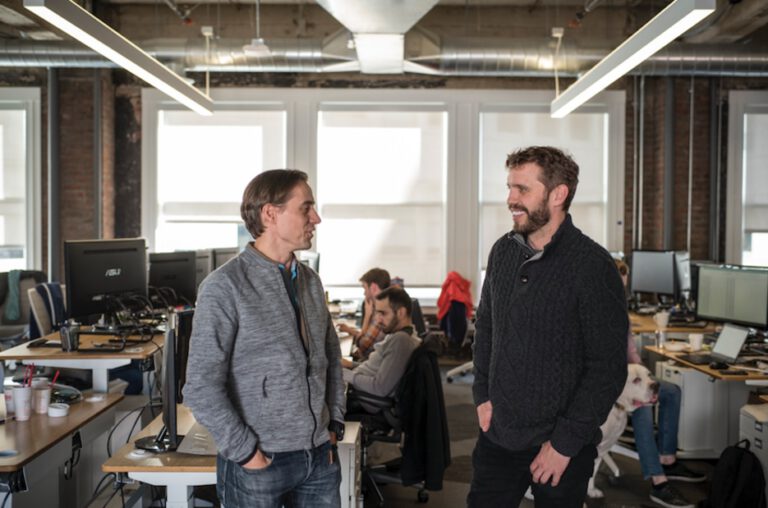 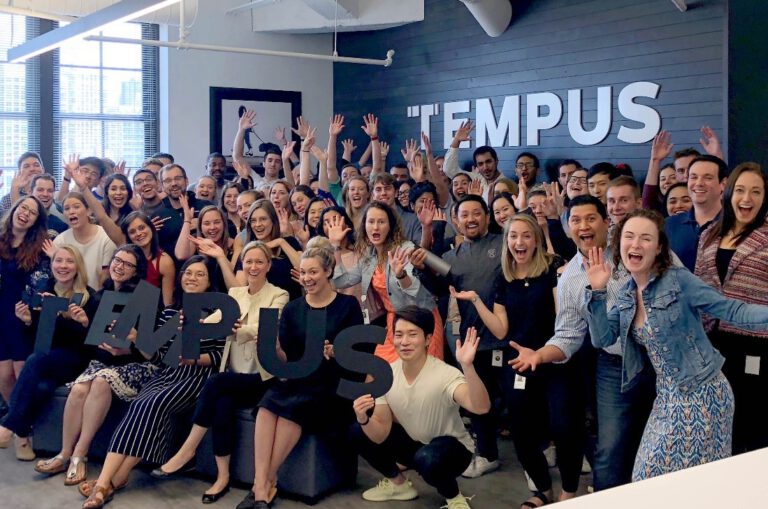 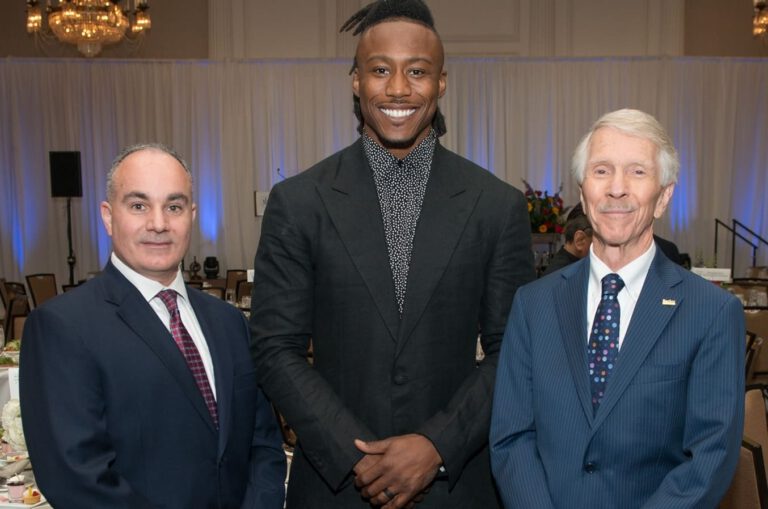 How ‘No Titles, No Ties’ Has Successfully Fostered a Leading-edge Culture at DPR? 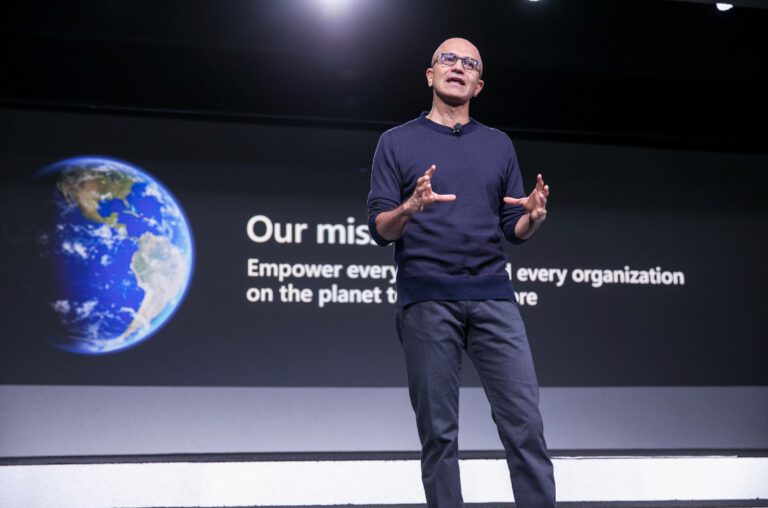 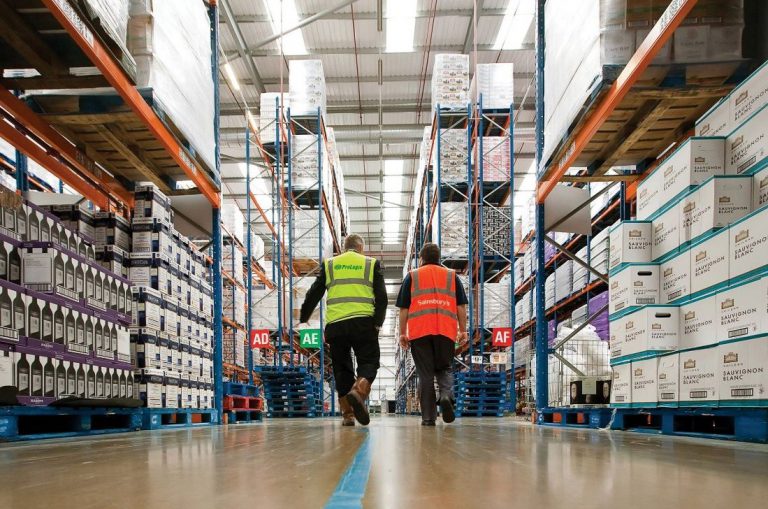 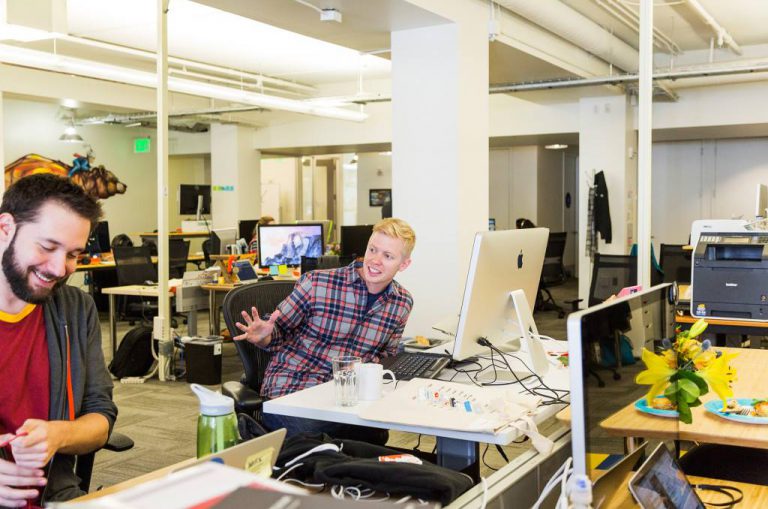 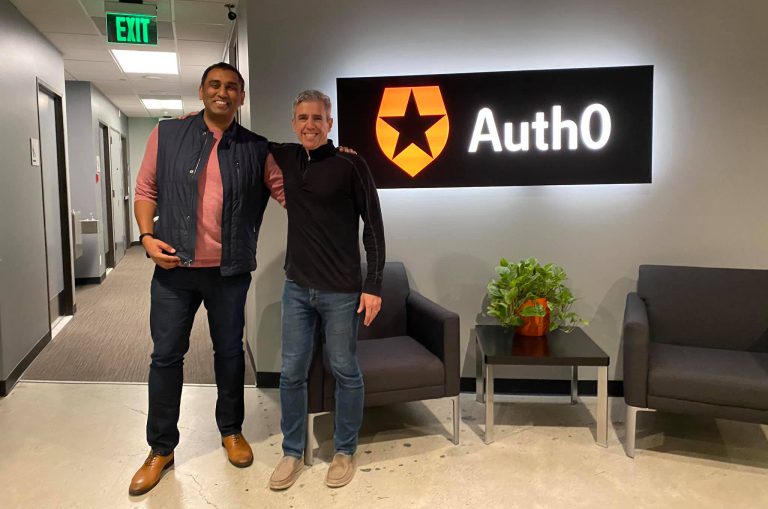